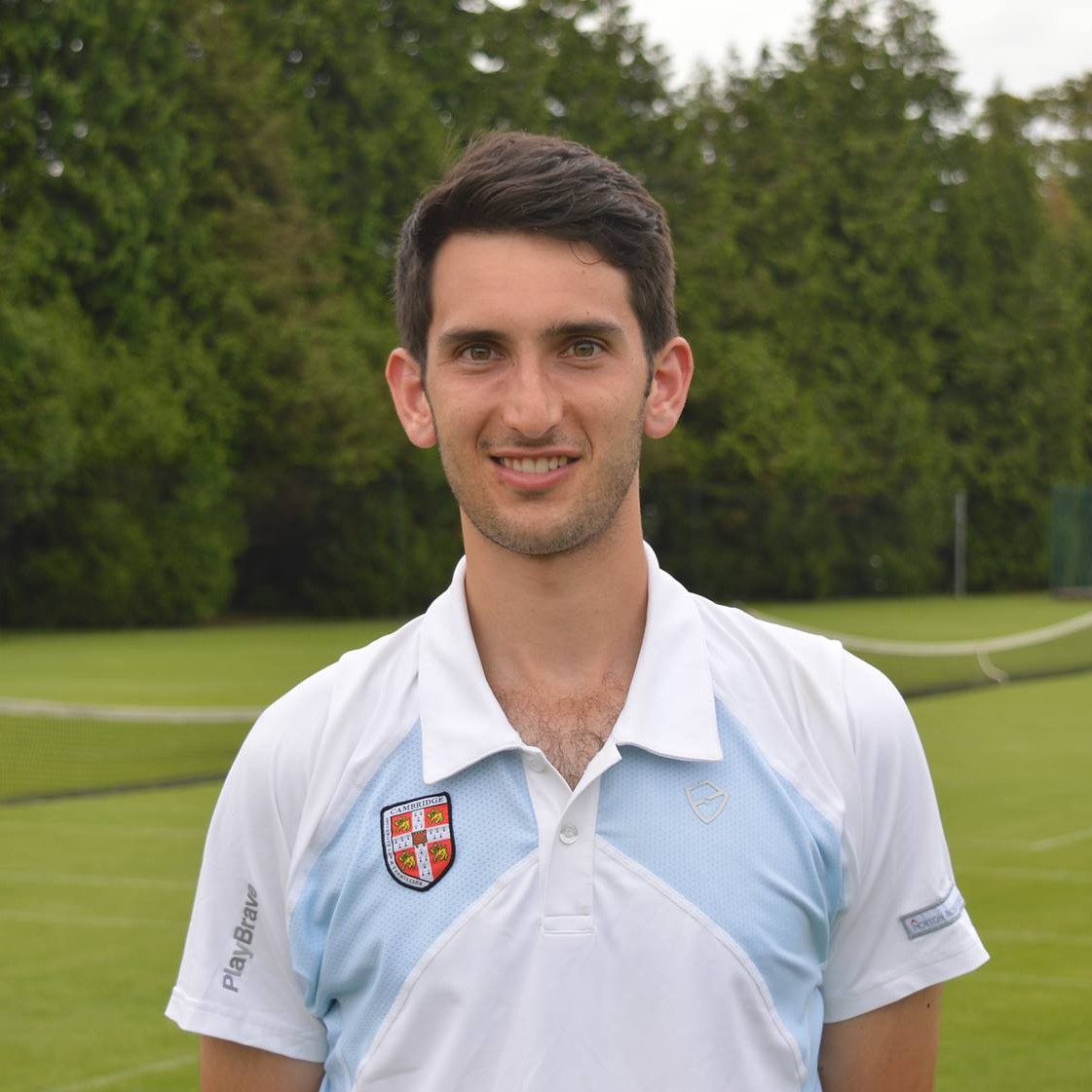 Tim is now in his 6th year of Medicine at Cambridge, and is proud to have played in all 5 Varsity matches during this time. One of his proudest moments was last summer’s Varsity victory, after winning all 5 matches in 3 sets, including the rubber that clinched the match at 11-4. He has always enjoyed helping to run the club and was Men’s Captain in 2014/5. Tim is currently a 2.2 rating, having been ranked Top 200 in Europe 14&U, Top 8 in GB 16&U and 1000 ITF 18&U. Tim has represented the Dorset Men’s county team since age 15. He was honoured to represent Oxbridge in the Prentice Cup matches in 2014 and 2016. Tim hopes to help the Light Blues claim a 4th Varsity victory during his time at Cambridge, and end it on a high.