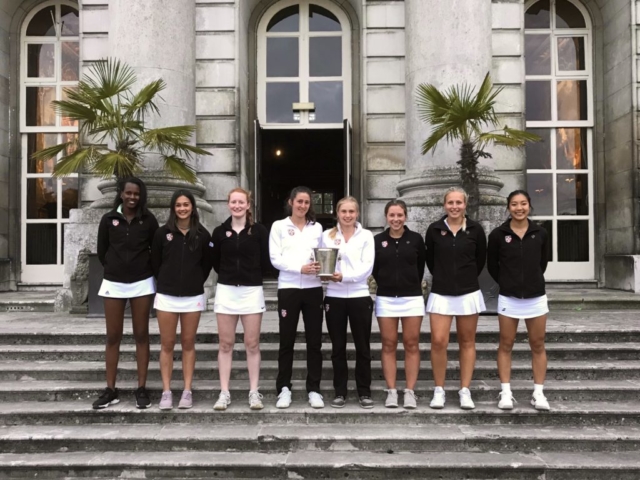 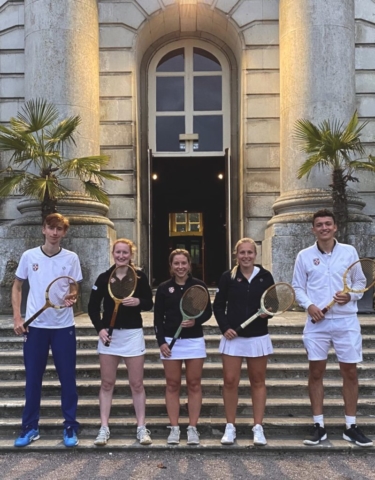 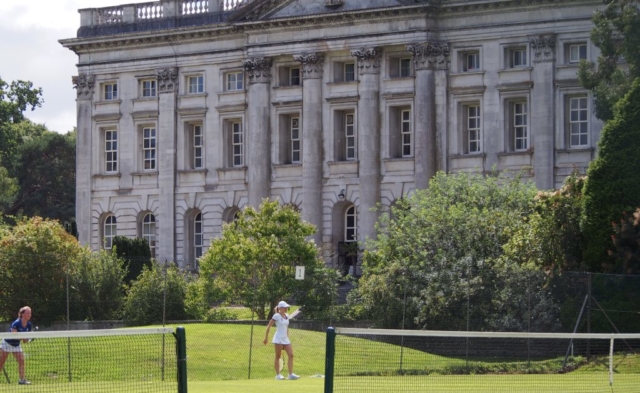 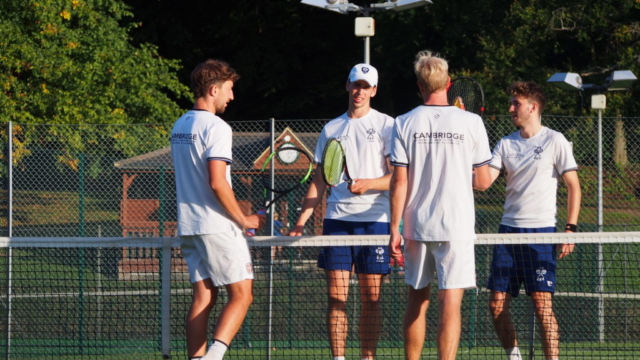 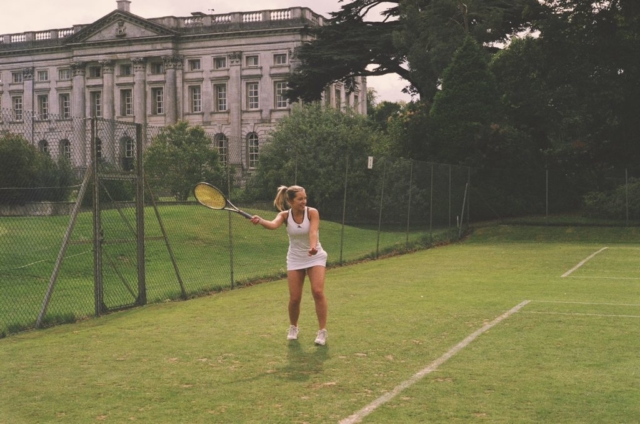 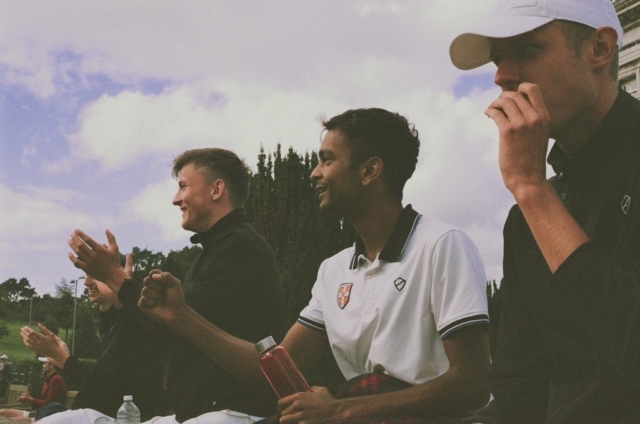 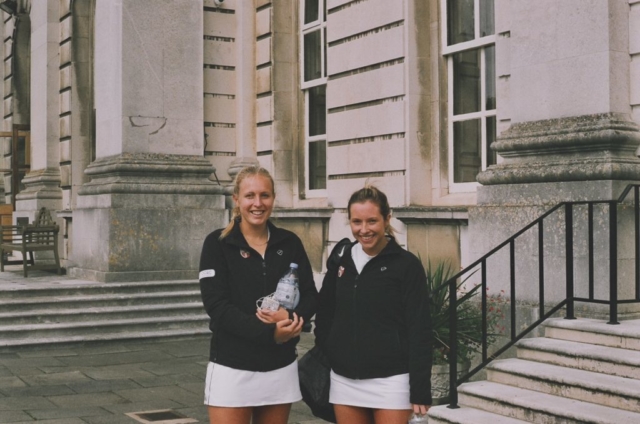 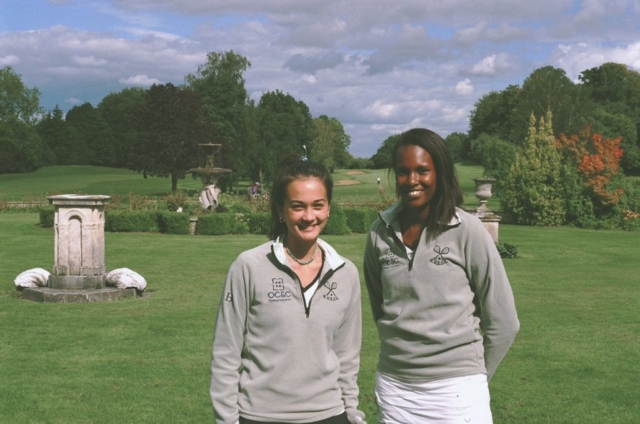 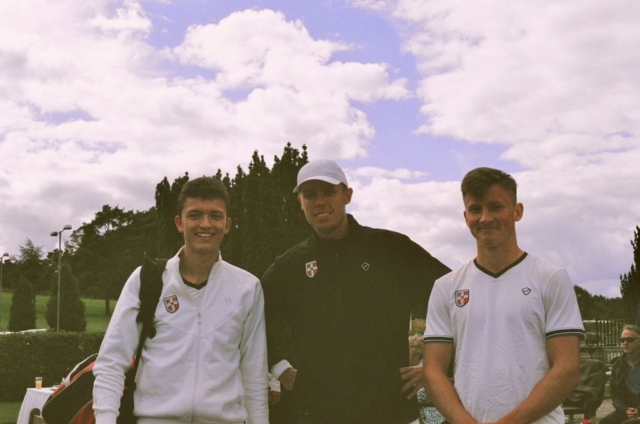 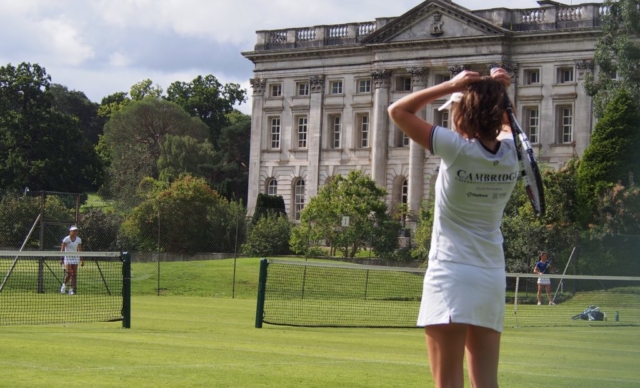 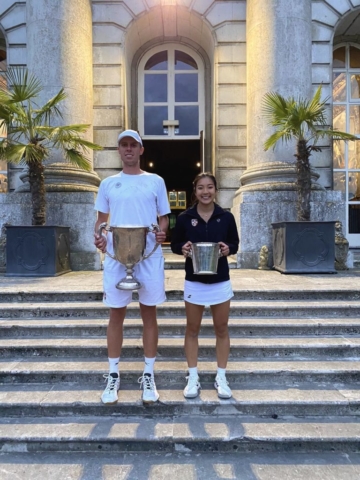 The Women's Varsity Match began with a 6-4 6-2 win from Captain Kureha Yamaguchi and a 7-5 6-2 victory from fresher Leah Hurst. The remaining singles match of the round was won in a thriller by Izzy Hearnshaw, who secured the point in a 9-7 third set tiebreak victory against an extremely strong Oxford number 1. Motivated by the first round performances, Anna Chesca, Steph Booth and Aisha Brown then delivered convincing victories 6-0 6-1, 6-1 6-0 and 6-4 6-3 respectively, to bring Cambridge a 6 point lead after Saturday’s singles. After devouring both Tesco snacks and Moor Park’s delicious sandwiches, the team began their doubles. Hearnshaw and Booth defeated Oxford’s 3rd pair 6-2 6-0, whilst Chesca and Yamaguchi overcame Oxford’s 1st pair 6-4 6-3. Doubles specialist Jenni Mair took to the court with partner Aisha Brown but lost an epic to a strong Oxford 2nd pair, falling 6-4 in the third set. With the sun still beaming down on the London venue, the Cambridge team began their final round of the day. Teta Thuku-Benzinge stepped into the line-up for an injured Aisha Brown, and joined Jenni Mair for tough doubles loss against the Oxford first pair. Both of Cambridge’s top two pairs in Hearnshaw/Booth and Chesca/Yamaguchi took their matches, 6-2 6-1 and 6-3 6-1 respectively, culminating in the Cambridge team ending the day with a 10-2 lead, just one match away from triumph on day two.

Having fuelled up at Costa and warmed up on Moor Park’s astroturf courts, Izzy, Kureha and Leah embarked upon the race to 11 points. Izzy and Kureha secured a Light Blue victory with emphatic wins over Oxford’s second and fourth ranked players 6-2 6-0 and 6-0 6-1. Leah followed with a win in an extremely tight contest, where her strong forehands and netplay powered her to a 6-1 win in the final set. Now 13-2 up, the Cambridge team remained relentless, with Steph and Anna obtaining further points with 6-1 6-1 and 6-3 6-1 wins respectively. Teta was not able to match her Oxford opponent, and, despite fighting hard, fell 6-4 6-0. After a lunch break to gather energy, the Light Blues began their quest to extend their margin of victory through the final doubles round. Kureha finished her year of captaincy with a resounding 6-2 6-1 win with incoming captain Anna Chesca. Izzy and Steph took the 17th Cambridge point with a 7-5 6-3 win, leaving one match on court - a blockbuster finale between Jenni and Teta and the Oxford 3rd pair. With all the team and spectators watching closely and supporting loudly, the match provided incredible entertainment and the deadly Mair/Thuku-Benzinge combination got the better of their opponents 6-4 7-6.

The Cambridge team lifted the trophy with a huge 18-3 victory after an incredible undefeated year of tennis. This was not possible without the work of amazing captain Kureha who guided the team throughout the year and helped make the event possible. The 130th Varsity Match could not have been a more perfect weekend to conclude a year of hard work, fun and tennis!